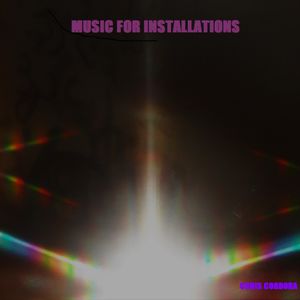 Music created and produced for some of my art Installations and Sculptures by Christopher Cordoba the musical director of Jack Adaptor (an avant pop band formed with Paul Frederick). An instrumental solo artist, soundtrack composer and London based session musician Christopher Cordoba has garnered critical acclaim with an ever expanding and eclectic set of releases. More of Cordoba work can be found on https://soundcloud.com/christopher-cordoba/tracks