Music for GOTHS with Bernie Athur 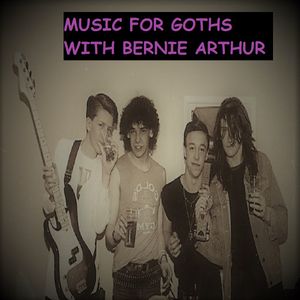 The Mission, Bauhaus, The Velvet Underground, Killing Joke, Spear Of Destiny and more.

Goth Rock was a British Music genre in 1980's that grew from the 1970s Post punk bands like Joy Division, Siouxsie and the Banshees. In this show i play some of the major bands and songs from the GOTH Rock movement such as The Cure, Sisters of Mercy, Bauhaus, The Cult, Killing Joke, The Mission, Fields of Nephilim, Balaam and The Angel, Echo and The Bunnymen. I also exlpain a bit about the history of Goth Rock and also play some of the bands that influenced this movement such as the Doors and the Velvet Underground.