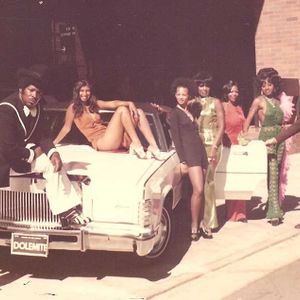 Blaxploitation or blacksploitation is an ethnic subgenre of the exploitation film. It emerged in the United States in the early 1970s. Blaxploitation films were originally made specifically for an urban black audience, but the genre's audience appeal soon broadened across racial and ethnic lines. The Los Angeles National Association for the Advancement of Colored People (NAACP) head and ex-film publicist Junius Griffin coined the term, which is a portmanteau of the words "black" and "exploitation." Blaxploitation films were the first to regularly feature soundtracks of funk and soul music and primarily black casts.