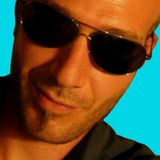 He began the mix with turn table in a tech house - house style in 1998.

He played in different european club with the french band of djs 'the little chicken' and worked in a second time to produce his first live performance 'electric'.

Resident during 2 years @ Zapatta( 2008 and 2009) " in Tacheles - center of Berlin, he played live, mix and began to make a different live performance at the beginning of 2010 in the way electro house with a lot of percussion, melody and voice.With his new live Electro house - signed on Pink Dolls records, 'Simplicity Tour' started on april 2012.