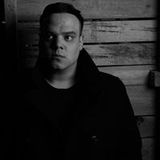 Since moving from Brighton to Leeds to study music technology back in 2012, SA quickly made a name for himself by founding the first ever Leeds Metropolitan DJ society 'Audio Active'.
Recruiting an army of DJs he organised over 100 open-deck nights across Leeds, and was quickly picked up by some of the biggest DnB nights on the circuit.

Securing long standing DJ residencies for Overflow and Licence to Jungle, and regularly playing at nights like Jungle Jam, Detonate and Central Beats, SA has supported some of the biggest names in the industry, including: Andy C, Friction, Goldie, Dillinja, Hazard and Break to name a few.

He is widely regarded as "one of the most technical DnB DJs in Leeds", particularly known for his 3/4 deck mixing and high energy sets. Expect nothing but big combos, rapid mixing and constant double and triple drops, taking you through an array of Jungle, Techy, Neuro and Rolling DnB.