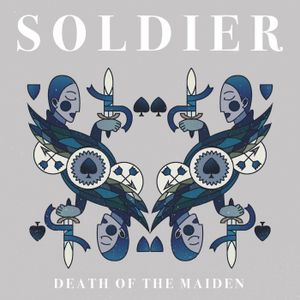 Eels, The Regrettes, Cloud, The Verlaines, Death of the Maiden and more.

For this episode, we have Tamara Parsons-Baker (vocals/guitar) and Hannah Bruce (guitar) from Oxford-based band Death of the Maiden, who have just released their debut single 'Soldier'. We talk about that track, as well as the upcoming album, which is based on the theme of 'water', and about the band more generally. It's very interesting throughout and apparently we've also got an exclusive: Death of the Maiden's upcoming album will be called The Girl with the Secret Fire.

Next week we'll be back with our February Music Round-Up, featuring the best music from the past four weeks!

Nice to hear some Cloud love! And GOOD CHAT! Totally relate to what they said about shying away from music cos they didn't see anyone they could relate to. That was my childhood, too!

Death of the Maiden2y ago