UB40: The 30th Anniversary of "Signing Off" Documentary 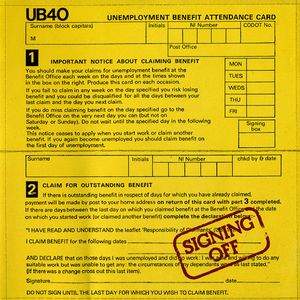 UB40: The 30th Anniversary of "Signing Off" Documentaryby Sam Coley

The Specials and UB40.

This documentary, hosted by Ranking Roger from "The Beat", was produced by Birmingham City University to celebrate UB40's landmark debut and the band's nationwide tour to promote its re-release.

It features fresh interviews with members of the band - along with Chrissie Hynde of the Pretenders and producer Bob Lamb - amongst others. The documentary explores life in Birmingham in the early eighties 80's and reveals the band's strong polictial beliefs.

UB40 went on to become one of the world's biggest reggae acts - but their debut album "Signing Off" still stands as one of their most influential releases. This documentary pays tribute to the band while showcasing hits and remixes from the album - and detailing the story behind its recording - 30 years ago...

Special thanks to UB40, Ranking Roger and Jez Collins of the Birmingham Music Archive

EXCELLENT! Loved it so much that I played it to listeners of GO FEET! Radio in New Zealand. Thank you for this, 10 out of 10!