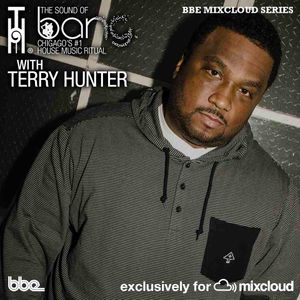 Perhaps no star in the constellation of soulful house music shines brighter these days than that of multi-talented DJ, producer and remixer Terry Hunter. Since Terry's 2007 release of the instant classic “Wonderful” featuring Chicago songstress Terisa Griffin, Terry has continued to have the magic touch, adding his much sought after remix and production skills to projects with the likes of Marsha Ambrosius, Barbara Tucker, Kathy Brown, Angela Johnson, Avery Sunshine, Kenny Bobien and many more. All the while maintaining his break-neck international DJ schedule.

Celebrating his 2013 release of Bang a Journey to Chicago's No1 Weekly House Ritual, this promo mix , programmed to bring you joy

Mann ppl be lying imma put out there that chick Devine probably yo old lady please please no more I can't take it! Omg!

Hi Terry, I'm Dj Andre Ponciano here in Brazil, I'm your fan, I play on my Soulful House radio and here at Mixclound too.
www.radiofinest.com

Really enjoyed this. I learned real house from Mark Farina. That Chicago sound, the soul, the love...it is perfect.

This is one of Best House Mixes Out. #Classic