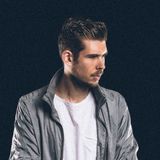 Basti M from Cologne is part of the upcoming new generation in German house music. As label manager of WePLAY he's deep-rooted in the house scene and also successfully working on his career as a DJ and producer. The young record-artist showcases his talent behind the turntables for a worldwide audience.

Along with his production partner Brockman he has been producing since late 2008 under the name Brockman & Basti M. Owing to remixes for Erick Morillo, Roger Sanchez, Dirty South, Mark Knight, Laidback Luke, Swanky Tunes & Hard Rock Sofa, Hook N Sling and many more the duo achieved a good reputation quickly!

Now, after having performed all over Germany, in the USA, in Croatia, Austria, Spain or at the Amsterdam Dance Event, one thing is for sure: That was just the beginning!