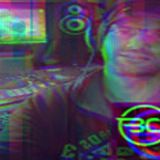 Never miss another
show from ๒ครรς๏ภtг๏ll

Hey, I am Basscontroll I am working with music for almost 30 years and I start mixing tracks with two cassette players when I was about 10 years of age (playing radio DJ) with old disco music from the 70s and 80s. Not long after that when still listening to rock and disco the music the old records of my dad, for instance, Pink Floyd, The Doors, The Police, and many other variated sounds like the synthesizer's greatest collection.

It was there that my love for music started to evolve into a more serious thought of becoming a DJ one day myself. Now in a little time leap at 2010 I bought my first midi DJ controller the Behringer BCD 3000 which soon became a Reloop Digital Jockey 2 anyways I'd love to perform in my house with I think it was Virtual DJ (got to start somewhere) Long time short in 2017 I started due to illness have more motivation to produce the tracks that I loved myself mainly back in that day it was mostly Techno, Trance, and some Harder styles.