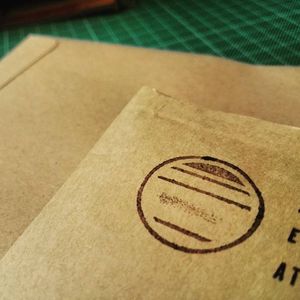 One of the most impacting quotes on me is written on the spine of an "Environments" series cassette, released by Irv Teibel's Syntonic Research Inc. label somewhere between 1969 and 1979. "The Music Of The Future Is Not Music". These words impress me. What a future in music may be, is also a subject of great debate, with the answer being not exactly unambiguous; to the point of hesitating to answer what exactly is the place of music itself in this peculiar conversation or even what is to be considered music in the end. In this mix the latter gives space to sound collages, spoken word recitations, sound poetry and electro-acoustic compositions.
Coherent States is an audio outlet from Athens, Greece, with a preference in all kinds of experimental and weird sounds. Coherent States started operating in late 2015 and already counts 26 releases (maybe 29 when you read this text) in LP, cassette and cdr format, with many more to follow.
http://www.coherentstates.com/