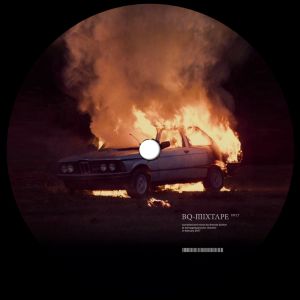 Bersarin Quartett is the musical alter ego of Thomas Bücker. Born in 1975, Thomas Bücker has been producing electronic music since 1998 under the name Jean-Michel.

He first appeared as Bersarin Quartett on the “Electronica Unplugged” compilations of Aerotone Netlabel in 2006 and 2007. In 2008, he released his debut self-titled album to glowing reviews. The album "II" followed in 2012 on Denovali Records with his latest effort, “III”, appearing in 2015.

Bersarin Quartett’s music is an amalgam of ambient, electronic and neo-classical arrangements with a minimalistic compositional approach. Best described as ‘imaginary film music’, his work is highly emotional and engaging, in constant flux between sadness, warmth, beauty and melancholia.

The mix contains songs that inspire him and was composed during a weekend of extensive musical exploration.