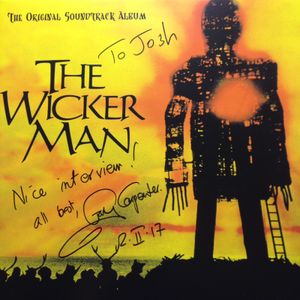 Gary Carpenter had just left the Royal College of Music when he was approached to work alongside Paul Giovanni to create and record music for The Wicker Man. Initially released in 1973, the subtle and intriguing film, set upon the fictional Hebridean island of Summerisle, felt both distinctly British and somewhat other-wordly, given the pagan antics of the island's inhabitants and the mystical qualities of the acting, production and musical score.

We spoke to Gary about his role in the creation of the score ahead of our screening of the Director's cut on 7th February 2017 - https://bandonthewall.org/events/film-wicker-man/

More from Band on the Wall