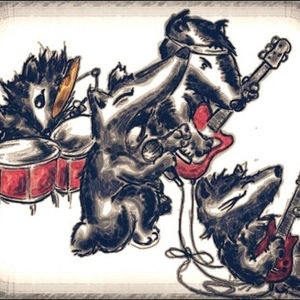 This show was 86th in the global indie rock chart.

Getting a tad festive as kicking off show #56 are Xmas songs courtesy of Mountain Firework Company & Ange Hardy.

Then it is time for part 1 of a special playing songs from some awesome albums of 2015. 1st up is Tom McRae & The Standing Band with a kind of Xmas song of their own before we get a little bit Doorsy with those Latvian lads Carnival Youth.

Officer laments about being unable to break that Glass Ceiling while One Cure For Man astounds with Sleep Prince followed by a bostin (local lingo/dialect) bluesy number from the Luke Jackson Trio. Then a song from each of 3 albums I’ve only just got myself by JR Richards, Daniel Pearson & Fabian Holland.

I’m sharing a 3rd & final track from Sam Kelly’s The Lost Boys before Stornoway harmonise us to heaven with Josephine. We can only be hugely thankful to The Unthanks before Gretchen Peters carries us off with a Blackbirds reprise.

More from Band of Badgers Presents