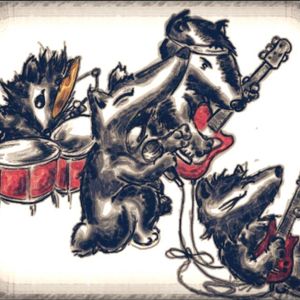 Kicking off #Gigtober in such style I couldn't resist playing another song from Tom McRae's (& The Standing Band) latest album followed by Brian Wright. A further link to track 3 is that cellist Oli Krauss played on Beth Orton's album Trailer Park.

Then, 2 songs from the superb new album from One Cure For Man before song 2of5 from US band Lifehouse. The 1st of 2 tracks (2nd on #50) from Villagers shares one from 2013's Awayland before the enchanting US band Other Lives take you to a whole other place with a song from their debut album. Sarah McLachlan provides a welcome blast from the past before a live gem from Kenneth J Nash & Fran Taylor from recent EP Live at the Old Hotel.

Fabulous Folkstock provide a song from the wonderful Daria Kulesh, from a forthcoming compilation album, from which I'll be playing more over next few shows. Those marvellous Moulettes play us out with Lullaby from the Land of Hope&Fury protest comp. album.

More from Band of Badgers Presents