Poet and YA Novelist Ruth Lehrer Discusses Her New Novel, Being Fishkill 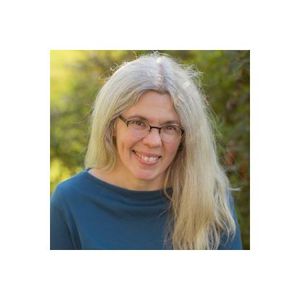 Poet and YA Novelist Ruth Lehrer Discusses Her New Novel, Being Fishkillby Authors on the Air Radio 2

Ruth Lehrer is a poet, writer and sign language interpreter living in western Massachusetts. Author of the poetry chapbook, TIGER LAUGHS WHEN YOU PUSH, her writing has been published in print and online journals such as Jubilat, Lilith, DecomP, Trivia: Voices of Feminism, and The Blue Hour Magazine. Her YA novel, BEING FISHKILL, is published by Candlewick Press, 2017. BEING FISHKILL appeared in the 12/1 issue of Entertainment Weekly and was included in EW’s “Best New Books” column. It was listed in the first Fiction spot and graded A. http://ruthlehrer.com/

Radio host and author Laura Moe spent most of her working life as a librarian and English teacher in central and Southeastern Ohio, but has recently moved to Seattle where she writes full-time. Moe is the author of YA novels PARALLEL LINES (Fat Cats, 2015) and BREAKFAST WITH NERUDA (Merit Press, 2016, ) named by the New York Public Library as one the Best Books for Teens in 2016 and a Top Pick for VOYA. She is owned by a spoiled