by Authors on the Air Radio 2 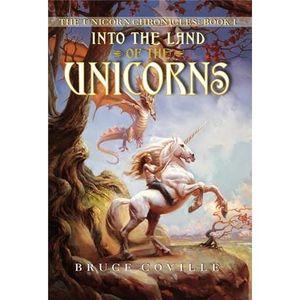 Bruce Coville has published 105 books for children and young adults, including the international bestseller My Teacher is an Alien, the“Unicorn Chronicles” series, and Jeremy Thatcher, Dragon Hatcher. His stories have won Children's Choice awards in a dozen states and the film version of his book Aliens Ate My Homework can currently be seen on Netflix.

Before becoming a full time writer in 1986, Bruce worked as a teacher, a toymaker, a magazine editor, a gravedigger, and a cookware salesman. Bruce loves performing, and in 2001 he founded FULL CAST AUDIO, an audiobook company devoted to full cast, unabridged recordings of material for family listening. He has produced over 120 audiobooks, directing and/or acting in most of them. Much in demand as a speaker and storyteller, he has visited schools on five continents.