Award Winning YA Novelist Jeff Zentner Visits The YA Cafe 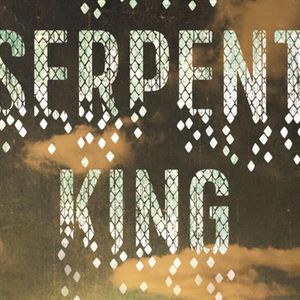 Nashville native Jeff Zentner became a metaphorical rock star rather than a literal one. His debut novel, 2016’s THE SERPENT KING, received starred reviews in Publisher’s Weekly and Kirkus Reviews. It seemed like every media outlet that compiled a Best of 2016 list put his book on it. It won the William C. Morris award from the American Library Association. He has since published GOOD-BYE DAYS (2017) and has another book upcoming in 2019,RAYNE AND DELILAH'S MIDNITE MATINEE. He is a practicing attorney who writes books on his smart phone.

Radio host and author Laura Moe spent most of her working life as a librarian and English teacher in central and Southeastern Ohio, but has recently moved to Seattle where she writes full-time. Moe is the author of YA novels PARALLEL LINES (Fat Cats, 2015) and BREAKFAST WITH NERUDA (Merit Press, 2016, ) named by the New York Public Library as one the Best Books for Teens in 2016 and a Top Pick for VOYA. She is owned by a spoiled white cat and is wo