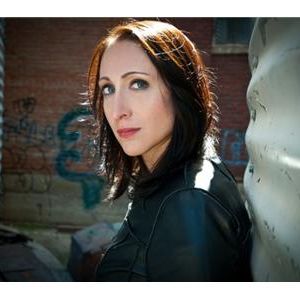 Taylor's debut novel, THE INFORMATIONIST, created a sensation when it was released to wide critical acclaim in 2011.  Publishers Weekly said, "Steven's blazingly brilliant debut introduces a great new action heroine, Vanessa Michael Munroe, who doesn't have to kick over a hornet's nest to get attention . . ."

THE INFORMATIONIST was followed by THE INNOCENT and THE DOLL, each of which features Vanessa Michael Munroe. The series has received critical acclaim and the books are published in twenty languages. The Informationist has been optioned for film by James Cameron's production company, Lightstorm Entertainment.

You can learn more about Taylor Stevens at http://www.taylorstevensbooks.com/

You can learn more about Stephen Campbell at www.stephenrcampbell.com

Murders, Mysteries and Mayhem is part of the Authors on the Air Global Rad

More from Authors On The Air Radio