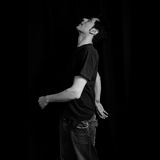 Never miss another
show from Mugen

You’ll find that within moments of meeting Mugen or just
listening to any of his output, every ounce of his essence is music.
He walks with a nonchalant rhythm you can almost hear: He gesticulates
with the energy of a conductor; he strings words and sentences
together with the improvisational fluidity of a song and he
dynamically converses with an enchanting bounce as though he’s playing
a game of verbal football. Not surprising as he grew up living and
breathing music, surrounded by a family of music makers and lovers.
Having an older brother who has also persued a career in spinning
tunes was a big influence in his musical development.
Growing up in a vital and vibrant Buenos Aires, many Porteños grow up
with an inner sense of beat—hearing the music on a daily basis,
knowing the rhythm of the music, moving to the music, engaging in
rhythmic play. An overwhelming need to harness the rhythm began at 14... http://rusticfood.net/rf-podcast-000/