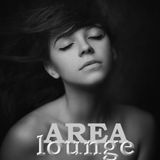 Never miss another
show from AreaLounge

Area Lounge is a bi-monthly 2h radioshow hosted by Julian M.
Even if it's Nu-disco & Housemusic, mixed in a fine selection of Mellow & Soulful tracks, or Downtempo music ranging from Ambient & Electronica to Nu-jazz,Trip-hop & Future Beats, the show features only warm music !

Iulian Marius Marcu aka Julian M is a Romanian dj from the coast of the Black Sea, now living in Transylvania, focused mainly on deep-house & lounge music. His favourite tools are the turntables, loves analog stuff, and music that’s made with soul.

His deep passion for radio started in the early ’90s, and soon merged with his love for electronic music, so he built his own local pirate radiostation in 1998, broadcasting sporadically until the summer of 2011. During the years, he collaborated on several local and national radiostations, hosted his own shows, and was a resident dj for many years in different venues, now having more than 20 years of experience behind.