"Language in History" Boris Buden in conversation with Paolo Caffoni 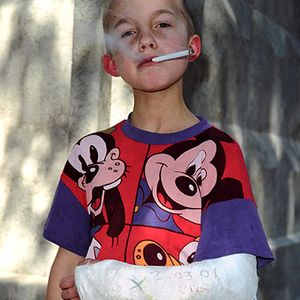 Boris Buden in conversation with Archive Books editor Paolo Caffoni around the publication “Transition to Nowhere: Art in History after 1989”.

Boris Buden is a writer, cultural theorist and translator. Born in former Yugoslavia he studied philosophy in Zagreb and cultural theory at Humboldt University in Berlin. Since the beginning of the 80s Buden publishes essays and books on critical and cultural theory, psychoanalysis, politics and contemporary art in Croatian, German and English. He teaches at universities in Europe and lectures worldwide.

In the conversation Buden and Caffoni discuss "art in history" and “language in history”; language as a “means of production” as well as a “commodity”; the notion of “native speaker” and “native informant”. They talk also about “childhood” and “history”; “Orientalism” and “temporalities”; the role of the art and the intellectual, on the background of the war in former Yugoslavia.