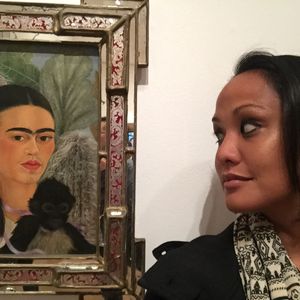 It's Lit rang in its 25th episode this week, featuring the poetry of Noʻu Revilla and cohosted with Jocelyn Kapumealani Ng. It's a gorgeous episode--you're gonna wanna listen to the whole thing!

Noʻu Revilla is a poet and educator of Hawaiian, Tahitian, Visayan, and German descent. Born and raised on the island of Maui, she has performed and facilitated creative writing workshops throughout Hawaiʻi as well as in Canada, Papua New Guinea, and the United Nations in New York. Her work has been exhibited at the Honolulu Museum of Art and has appeared in Poetry Magazine, Black Renaissance Noire, Hawaiʻi Review, Anglistica, and Poem of the Week by Kore Press. Her chapbook Say Throne was published by Tinfish Press in 2011, and she is currently finishing her PhD in creative writing at the University of Hawaiʻi-Mānoa. You can get a taste of her poems and artistic collaborations on Instagram @moowahine