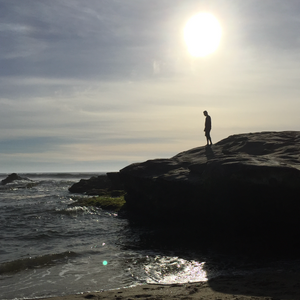 This week’s show features HARI ALLURI, author of The Flayed City (Kaya) and the chapbook The Promise of Rust (Mouthfeel). An award-winning poet, educator, and teaching artist, he is a VONA/Voices and Las Dos Brujas alum with an MFA from SDSU. His work has appeared in Split This Rock, Sundog Lit, and The Margins. Descended from South Asian and Philippine ancestry, Hari immigrated to Vancouver, Coast Salish territories, at age 12 and is an editor of pacific Review and Locked Horn Press in San Diego, Kumeyaay land.

This show also includes an on-air reading with SANDIP ROY from his debut novel Don't Let Him Know (Bloomsbury 2015). Sandip is a novelist and journalist currently living in Kolkata after two decades in the US. He is a contributing editor for HuffPo in India and a long-time radio commentator for NPR as well as the Cultural Frontline on BBC World Service. His journalism has appeared in the NYT, The Guardian, BBC, and more. His podcast airs on KALW 91.7 FM in San Francisco.