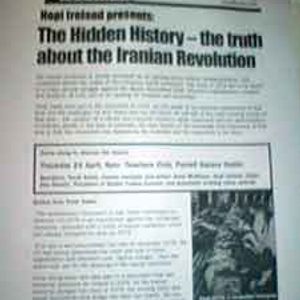 Meeting on the 'Iranian Revolution – the hidden history' organised by Hands off the People of Iran (HOPI). The speaker was Torab Saleh who took part in the movement of 1979 and whose talk concentrates on the anti-capitalist mass movement that overthrew the Shah's regime. He also talks about how it was that the religious opposition came to dominate the movement.