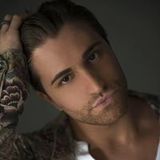 Andrea Raffa was born near Florence, Italy. Influenced by the dance-pop sound, his career as a DJ and record producer began in 2006, with the remix of Missing You (Universal, Zyx) and his first dance singles.
After several collaborations from m2o with Fabio Amoroso and TesteMatte, to Joy Kitikonti for Footlovers Music, in 2007 he started working with the well-known international DJ, Federico Scavo, and released the "killer track" Slaughter with his Area 94 records which received a lot of success on the international club scene.
In 2008 he arrived at Airplane! Record company of Tommy Vee and Ferrucci, presenting "Higher and Higher" at the WMC in Miami, sung by Michelle Weeks, one of the most famous vo...