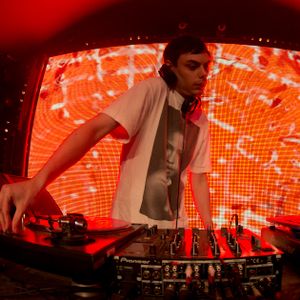 Jon1st is a DJ & turntablist based in Leicester. Since starting DJing and collecting records in 2004 he's gone on to play all over the UK as well as battling his way to the UK & World Online Finals of the annual DMC DJ Championship, placing 5th in the World in the 2012 Online Championships. He's warmed up for acts like MF Doom, Africa Hitech, Om Unit, Mosca and DJ Vadim, runs a monthly club night called "DROP" in Leicester, dedicated to forward thinking beats, and is also a resident DJ for Under The Counter in Birmingham. His mix for Mixology represents the type of music he is playing in some of his peak time sets and is largely centered around tracks in the 160-170 bpm range. Some of the tracks featured in the mix are unreleased & forthcoming tracks by Deft, Danny Scrilla, Blackwax and Symatic. If you'd like the mix on CD, Jon will be including copies in a DROP t-shirt, sticker and CD bundle from his website at the end of February

Big thanks to Mixology for asking me to do this mix! Shouts to Om Unit for putting me onto the Ascend and Orphidal tracks too.