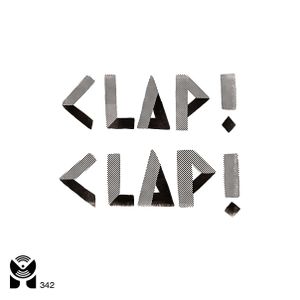 Clap! Clap! is longtime Jazz player Cristiano Crisci, also known in electronic circles as Digi G'Alessio. With cross-genre accolades and support spanning the globe he is already established a one of Italy’s brightest talents. Clap! Clap!’s global rhythms owe as much debt to the Inuit tribes of Alaska as they do the Staccato footwork of Chicago and West African percussion. Cristiano’s music features traditional Italian folk rhythms and melodies mixed with a global harvest of found-sounds smashed through an electronic beat machine mind state. Recent production work for Paul Simon's number 1 album "Stranger To Stranger" has seen Cris become a sought after collaborator and 2017 will see him drop his second album on Black Acre with full band live tour. This Exclusive Mix is to celebrate upcoming album and NYE gig with Locus Festival & Kode_1.

AAAAAAHHHHHHHHH this is so awesome, give thanks!