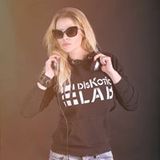 Never miss another
show from EKATERINA

Ana Laza born in Romania of Ungarese origin always passionate about music since he straddled the Pope discovered the first notes and the first lights of the disco world, the sound and the groove of the 80's characterized his thirst for music, if while involontarimanente well as the music his passion is also linked to sport and to the image. For 15 years he has practiced competitive swimming and attended the world of fashion as a professional model, the music has always been the soundtrack of his life, while vied could hear the music under the water and most of the time he won for this . When it marched in the spotlight was the music to make it more beautiful. His gaze was never face the audience but to the console one day hoping to be there. It started as a joke, to bet against herself about four years ago attending a course by Dj in his city and europe.