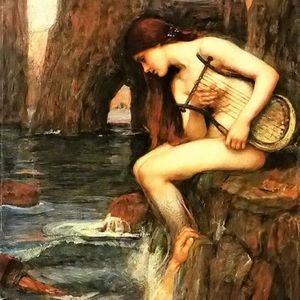 This mix was built around mysterious vocals.

Vocals that may guide you, or lure you, into distances unknown.
Often, but not exclusively, female, and some of them not even human - like the beautiful flute-playing by Jean-Christophe Bonnafous, or the mysterious singing sound of the comet 67P/Churyumov-Gerasimenko that was recently discovered during the Rosetta space missions.

With just a little fantasy you can imagine the Philae Space Lander being attracted by the comet's song - ultimately leading it to an untimely death.

thanks for your comments, all... glad you like it!

Be My Friend in Exile5y ago