BRICS: Liberators or Agents of Imperialism 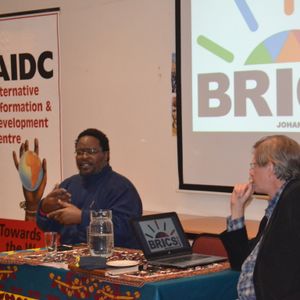 From the 25-27 July the BRICS heads of state will be meeting at the BRICS Summit in Johannesburg. Ahead of the summit Patrick Bond engaged in a debate with Mazibuko Jara, discussing whether BRICS is a liberator or an agent of imperialism.

Patrick Bond is Political Economist at the Wits University School of Governance & co-editor of BRICS: An anti-capitalist critique.

Mazibuko Jara is a board member of the Alternative Information & Development Centre and a co-editor of Amandla! Magazine.