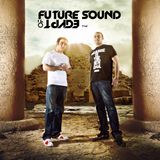 As hot as the Sahara and standing every bit as tall as pyramids, they’re the single most successful group to have emerged from the spiritual lands of Egypt.

From the Med to the Red and from up high in Cairo, to down deep in the Sinai, they’ve built an immense, ultra-loyal in-country following, from that foothold turntable Shamans, Aly Amr Fathalah and Fadi Wassef Naguib went global.

With their career-launching Egyptrance releases (inc. ‘Eye of Horus’ and ‘Spirit of Ka’) through to latter-day master-blasters like ‘We Control The Sunlight’, their production credentials are only now matched by their spinning ones. Ranked as one of the 20 biggest DJ acts in EDM (source: DJ Magazine Top 100 DJs 2012), they delight crowds now numbered annually in the millions, bringing their inimitable sound to the world’s most prestigious clubs and festivals. No mirage, no illusion – this is Aly & Fila.