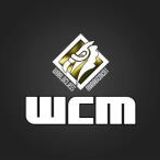 Born in Liverpool, aged 35, DJ Alibi started out in music at the age of 15, on the mic as an MC together with 3 close friends in a group called DBD (Def before dishonour), he recalls “I was living in Milton Keynes and became friends with some lads who were into the same music as me, such as Public Enemy, Big Daddy Kane, Gangstarr 2 live cru & NWA. We grew as a crew, rapped around the streets, hanging out and started hearing the likes of UK hip hop artists Hijack, Gunshot, London Posse and Silver Bullet, who inspired us to start writing lyrics together.

After meeting Roughcut a UK DMC competitor, the fascination of production began he started making tracks as the group DBD”. They started performing at under 18 events, quickly progressing into the club scene and performances with the likes of ‘The Criminal Minds’, who were a local Hip-Hop group. Listening at close hand to Roughcut and Halo from The Criminal minds on the decks had a big affect on Alibi as he realised that maybe some