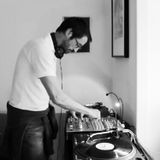 Alfred Chambel is an electronic music Dj of Portuguese nationality, and currently resident in Lisbon. Influenced by the Disco and Funk sounds emerging in the 70s, he started his career as a DJ in the mid 80s.
Alfred believes that Dj's activity reveals a huge artistic characteristic, and considers it an expression of art in the musical context.
His eclecticism, versatility and commitment to challenge himself, made him an excellent musical selector, which led him to be a resident in several clubs and bars in Portugal.
He is currently a resident at the Double 9 Lisbon bar.
Their Sets are marked by the influence of Disco, combining these sounds with an elegant House Music that transports the public for an eclectic journey through the universe of electronic music.