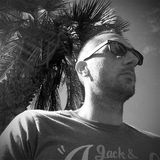 Afro Beats (The Best Of)
by Alexandre WAUTHIER

That Soulful Party 17
by Alexandre WAUTHIER

That Soulful Party 16
by Alexandre WAUTHIER

Alex has been attracted by electronic music since a little kid. Heavily rocked by Disco and Soul, which got him into House music, he rapidly learned the deejay tricks of mixing and scratching on his turntables.

He played side by side with people like Martin Solveig, Charles Schillings, David Vendetta... who are all inspirational deejays and producers.

In 2005, Alex teamed up with Opium to form “Da Funkin' Blooboyz”. They released their first track called “Bourgie Fever” on Antoine Clamaran’s label "Pool e Music" in January of 2006. This track was played by many famous DJ like Bob Sinclar or Carl Cox.

In 2014, after a 8 years break, Alex is coming back in the mix. He appeared 4 times, as a guest, in the best French House Radioshow “Better Days” on NRJ with Bibi.