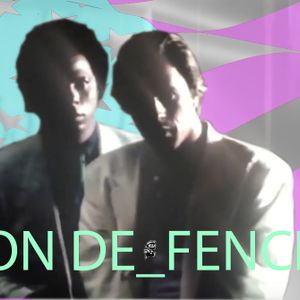 The radio-art-piece "on de_fence" made by Halle (Saale)-based artist Alessa Brossmer functions as parody and as warning concerning the new government in USA. While Sonny and Ricardo from Miami Vice try to reduce injustice, Super Mario jumps from one Yoshi to another, eats to many fire-flowers and malicious mushrooms. The artistic sound-piece is guided by music-tracks from the epic series Miami Vice.
Don´t forget - there are elections in Germany this year. How will you decide?

The piece was produced for the show InsaneTransmission on Pi Radio. It aired on Tuesday evening, 7th February, at 7pm.
Thanks to Sasha Spassky!