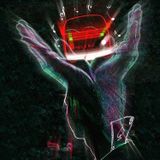 Never miss another
show from AleOle

Aleole (Alexandros Papadopoulos) was born in 1985 in Athens, Greece. He grew up in Trikala, studied guitar for 7 years and at the age of 18 moved to study at the physics department of Ioannina (UOI). At the 6th year of his studies (2008) he moved to Holland and the city of Utrecht to study as an erasmus student (frankly, he didn't study at all)... It was the first time that he came in contact with rave parties and the techno music scene that was, until then, something unknown to him. Soon he started exploring more and more this "magic world" and the new kind of parties that had nothing to do with the parties he knew until then. He felt that he was made for these parties and he felt it from the first contact! From the beginning he was more interested in acid, techno and electro sounds that were just clear eargasm for him. The next 2 years he lived among Greec...