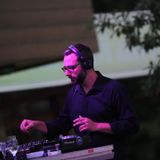 Aleksandar Marković, a.k.a. Alex Mark was born in Valjevo, Serbia. His interest in music begins in fifth grade when he discovers Hip-Hop and Rap. In 1998 he forms his first band with his best friend Marko. In the following years, he participates in several different bands and music projects. After high school, he continues his education by studying Drama at the Academy of Arts in Novi Sad. In 2001, he starts to pursue his interests in electronic music and DJ’ing, not starting to perform until 2003. Music styles he enjoys playing the most are Funk, Breaks and Nu-disco. He is one of the Valternativa Radio founders. He currently lives and works in Valjevo. Contact and booking: salea8@gmail.com