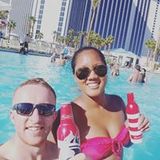 Biog.....
Alan is a Dublin based Trance Dj who has had a keen interest in the dance scene from a very young age. He discovered his love for trance while watching some of the biggest names in the business such a Paul Van Dyk, Eddie Halliwell & Ferry Corsten.

Alan's breakthrough onto the scene came back in November 2008 when he played support for Joey V (Detox). From there he went on to support John Gibbons (Club Educate/Planetlove) a few weeks later. Since then he has been heavily influences by the massive talents emerging from Ireland such as John O Callaghan, Paul Webster & Bryan Kearney.

2009 was to be a great year for Alan as he went on to support Mac & Talyor, Jordan Suckl