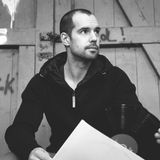 Never miss another
show from Dilox 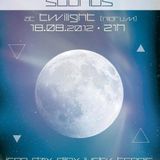 All started with the age of 15 where Dilox aka Alain Mollers went to his first electronic music party named „Katakomben“.This party has impressed him so much that he showed interest to make music himself, and so he bought at the age of 16 his first turntables and vinyls. His first musical influences were DJs like Green Velvet, Laurent Garnier, Dave Clarke, Jeff Mills, Christian Vogel,..
But he also started to visit Clubs in Belgium like LaVilla, LaRocca, Fuse and many more and gets in contact with the music of this time who is now known as “Retro-House” and the style of Bonzai Music. Going to many partys in the years 2000 till now like Mayday, Nature One, Fuse on the Beach and many more he had many musical influences. But over time, he was fascinated by the Drum & Bass and Electro Scene too and so he is also mixing Drum & Bass. His musical priorities are nonetheless Techno, Minimal and Tech House.
In 2011 he won his first DJ Contest at a event in the “Esscobar” (Belgium)