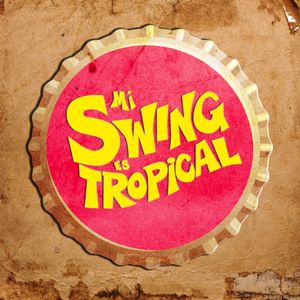 Swing, is a form of American music that developed in the early 1930s and became a distinctive style by 1940. Swing uses a strong rhythm section of double bass and drums as the anchor for a lead section of brass instruments such as trumpets and trombones, woodwinds including saxophones and clarinets, and sometimes stringed instruments such as violin and guitar, medium to fast tempos, and a "lilting" swing time rhythm. The name swing came from the phrase ‘swing feel’ where the emphasis is on the off–beat or weaker pulse in the music (unlike classical music).
The tropics is a region of the Earth surrounding the Equator. It is limited in latitude by the Tropic of Cancer in the northern hemisphere and the Tropic of Capricorn in the southern hemispher. The tropics are also referred to as the tropical zone and the torrid zone. The tropics include all the areas on the Earth where the Sun reaches a subsolar point, a point directly overhead at least once during the solar year.
now you got it!