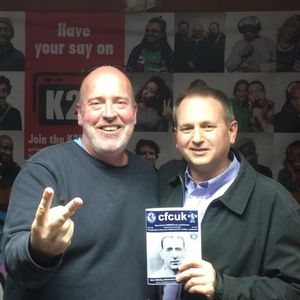 In Episode 9 of FlipsideLondon Radio we are joined by John King. "King's achievement since his debut has been enormous: creating a modern, proletarian English literature at once genuinely modern, genuinely proletarian, genuinely English and genuinely literature." Probably best known for "The Football Factory" he has also written Headhunters, England Away, Human Punk, White Trash, The Prison House, Skinheads and The Liberal Politics of Adolf Hitler. We chat about gentrification, football, Soho, how technology is taking over our lives and books! he also shares his Flipside Five with us.