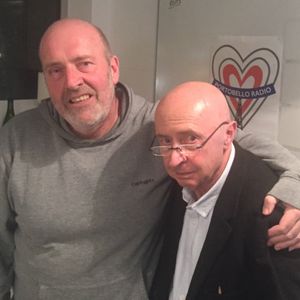 This show was 20th in the global interview chart.

Jean Townsend was murdered in South Ruislip in September 1954, Fred Vermorel was an 8yr old local boy at the time and has been obsessed with the unsolved case ever since.
More than just a true crime story, Vermorel’s account deploys Townsend’s death as a wild card methodology for probing the 1950s: a cesspit of vice and violence, from coprophiles to bombsite gangs and flick knives in cinemas. Densely illustrated with archival material, Dead Fashion Girl is a heavily researched, darkly curious exposé of London’s 1950s society that touches on celebrity, royalty, the post-war establishment, and ultimately, tragedy.
Fred Vermorel is a pioneer of the in-depth study of celebrity and fan cultures, best known for his controversial “antibiographies” of pop icons including the Sex Pistols, Kate Bush, Vivienne Westwood, and Kate Moss.

I found this interview with Fred Vermorel fascinating - I will now have to buy his book!

You won't be dissapointed mate, thanks for listening