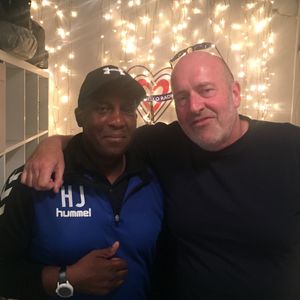 The Equals, The Clash, Toots & The Maytals, The Moody Blues, Michael Jackson and more.

This show was 26th in the global interview chart.

Herbie Norville played Tony in the classic 1976 film "Pressure" directed by Horace Ove. One of the great London films, it was shot mostly on location in The Grove and shelved by it's backers, The BFI, due to it's accurate portrayal of police activity in the area which led to the 1976 Carnival riot. We'll chat about the film and Herbie shares his Flipside Five with us.

Aidan is back Chelsea Are Crap!