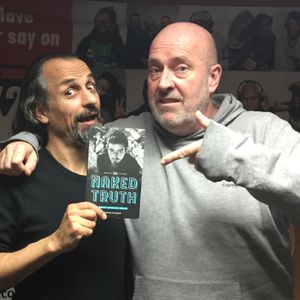 This show was 23rd in the global interview chart.

Publisher Yahya El-Droubie joins us. "The Naked Truth about Harrison Marks" hits a bookstore near you very soon. Marks was a pioneering Soho pornographer/magazine publisher and filmmaker whose best known star was Pamela Green who appeared in the trailblazing Kamera magazine and film "Naked as Nature Intended". He also wrote, produced and starred in the notorious film "Come Play With Me" which ran for four years in the West End (1977-1981) Yahya aka Yak was a close friend of Pamela so we will be delving into Soho's murky past as well as hearing Yak's Flipside Five.