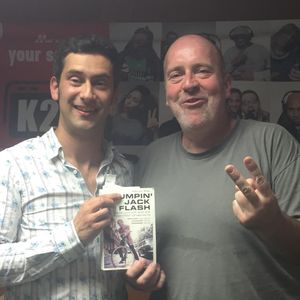 FlipsideLondon Radio Episode 13 with Keiron Pim, author of "Jumpin Jack Flash, David Litvinoff and the rock n roll underworld". David Litvinoff straddled the worlds of The Stones, Eric Clapton, Donald Cammell, Groovy Bob Fraser, Christopher Gibbs, Lucien Freud and the Kray twins amongst others. His story has been captured brilliantly by Keiron so we talk about all of this and he shares his Flipside Five with us. If you're a fan of the film "Performance" Litvinoff's role as dialogue coach doesn't really cover his contribution. An essential addition to the history of the 1960s.

You should read Bernard Kops - The Worlds Is A Wedding.