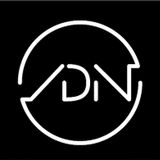 Never miss another
show from ADIN

ADIN, spearheads the forefront of a flurry of talented techno producers to come out of the Netherlands. But unlike a large wealth of his native counterparts, ADIN's story has seen the DJ craft his unique sonic style through a colourful past, and amalgamation between the dark and light of his life.

Making a rapid and far-reaching impact on the electronic music scene over the course of his double-decade career, it was the move from ADIN's war-torn birthplace of Bosnia to a Rotterdam record store in his youth that marked the first stepping stone on his eventual ladder to success. Taking early inspiration from iconic producers such as Masters At Work, Roger Sanchez and Erick Morillo, it was his dub mix of Sandy Rivera’s ‘Freak’ on Simon Dunmore’s Defected Records that was championed all over the scene.

By 2007, ADIN had become one of the most in-demand artists in the business, touring worldwide with a schedule of more than 30 shows per month.