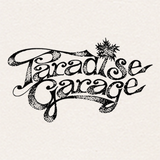 A Night in Paradise

Never miss another
show from A Night in Paradise

A Night in Paradise

As Homer’s Odyssey is to western literature, The Paradise Garage is at the cornerstone of modern dance music and its culture. Having attained almost mythical status, this ground-breaking club and the man at its musical helm, the legendary Larry Levan have had a profound and lasting effect on the music we listen to and the clubs that we listen to it in.

On the 30th of November, coinciding with World AIDS Day, A Night in Paradise will bring the spirit of The Garage to London for the first time. Making its home in the very place that it famously inspired over twenty-five years ago – The Ministry of Sound. Showcasing Levan's seminal soundtrack, and the music it has since inspired, this event also aims to raise £20,000 to support two of the world’s first and leading HIV charities; New York’s Gay Men’s Health Crisis or GMHC and the UK’s Terrence Higgins Trust, with all profits from the event being split equally between the two organisations.