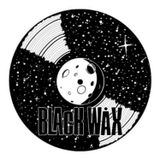 Adam Smith’s Back Wax was a weekly radio show throughout 2017 which now exists as 30 podcasts (ok, might have skipped a few weeks) .

I’ve been a concert promoter at The Square in Harlow, Essex since 2001 up until the venue’s closure in 2017.

I have also promoted live and club events in and around Essex and London. I DJ’d the Rifles’ ‘No Love Lost’ 10th anniversary show at the Electric Ballroom (Camden) in 2015, Steve Diggle’s (Buzzcocks) album launch at the 100 Club (Oxford St.) in 2011 and at Butlins’ ‘Great British Alternative Festival’ in 2012.

I promoted one of the last ever UK shows for legendary Small Faces (and Faces, and Rolling Stones) organist, Ian ‘Mac’ McLagan.