The Stars Below 11 W/ Clo Page 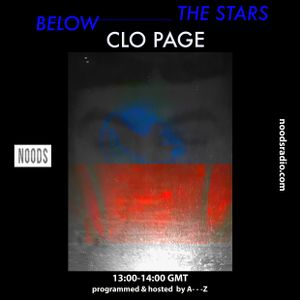 - THE STARS BELOW hosted by Anne Duffau (A- - -Z) – this week, A---Z interviews Clo Page @clo.xyz
Chloe graduated from an MPhil in Criticism and Culture at the University of Cambridge in 2019, where she was researching digital technologies, coding, and new media in literature. She is the Digital Producer at Wysing Arts Centre since January 2020.
Alongside this, Chloe is co-founder and co-organiser of two ongoing arts event series across London and Cambridge, plant! and XD, has worked closely with the now closed DIY Space for London and focusing on experimental arts, music, and digital aesthetics. She has previously been involved with Resonance Extra, Balamii Radio, and London-based queer arts and events collective TREMORS TV. She also makes sound work informed by the relations between virtual and material.
Chloe is interested in the potentials for digital broadcasting technologies to create communities and expand access to Wysing.